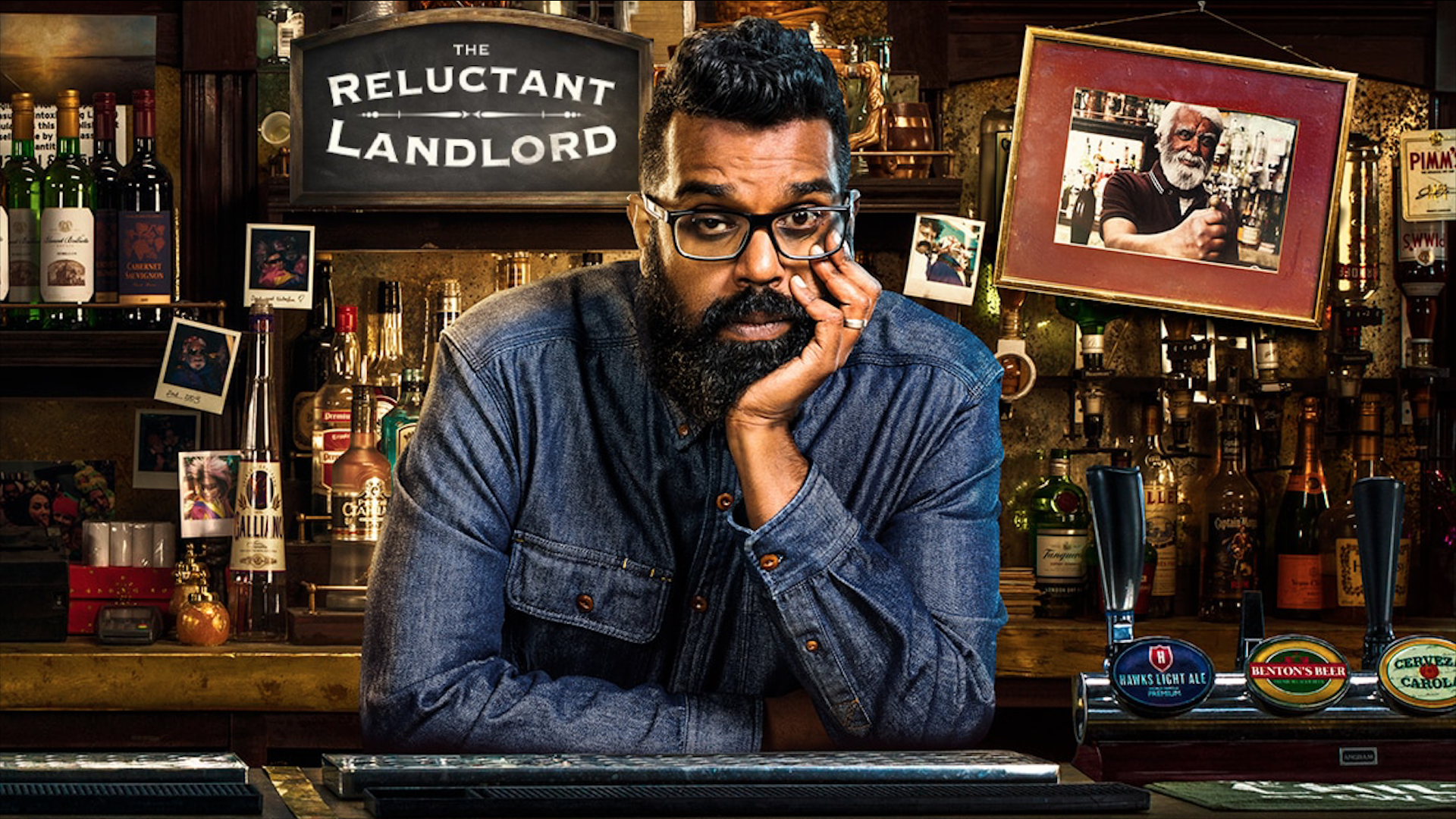 The Seven Swans’ doors reopen for a second series of The Reluctant Landlord, starring Romesh Ranganathan. The comedy is loosely based on his own experiences of taking over his father’s pub soon after his father died. In the comedy, he is pressured by his mum to keep the pub as a way of keeping his dad’s legacy alive, and by his wife and children who enjoy being there.

The Grade required a consistency with the first series to recreate the cosy feel of the pub. Colourist Stuart Fyvie took undertook this task in Baselight by adjusting subtle colour shifts to provide cohesion as well as adding balance to external scenes.

A high level of attention to detail was required in the Online by Head of Picture Julian Nelson. In one scene we added tea to empty cup three characters by setting up a rig with a camera attached to a moving cup of tea. Moments of this footage were composited using Mocha into each of the characters cups across multiple shots in the scene. The Baselight Editions plugin was used in online to grade the composite into the scene.

With the commission coming from a successful first series, we wanted to get a feel from production about how it could be made even better. Before production commenced we sat down with the Director, Producer, and Line Producer and found out that audio was an area they wanted to push so viewers would feel like they were really in the pub with Romesh Ranganathan. For our Audio team to turn this into reality the logical place to start was the pub! At the Falcon in Thame they authentically captured beer pumps, rickety floorboards, creaky doors, the hum of the cellar, the slight nuances in sound of one beer pump to another, the squeak of an old leather sofa…and subtly weaved them into the final mix to provide a rich and realistic pub environment.

The 6 part series aired on Sky One in September. Available on Sky Go.