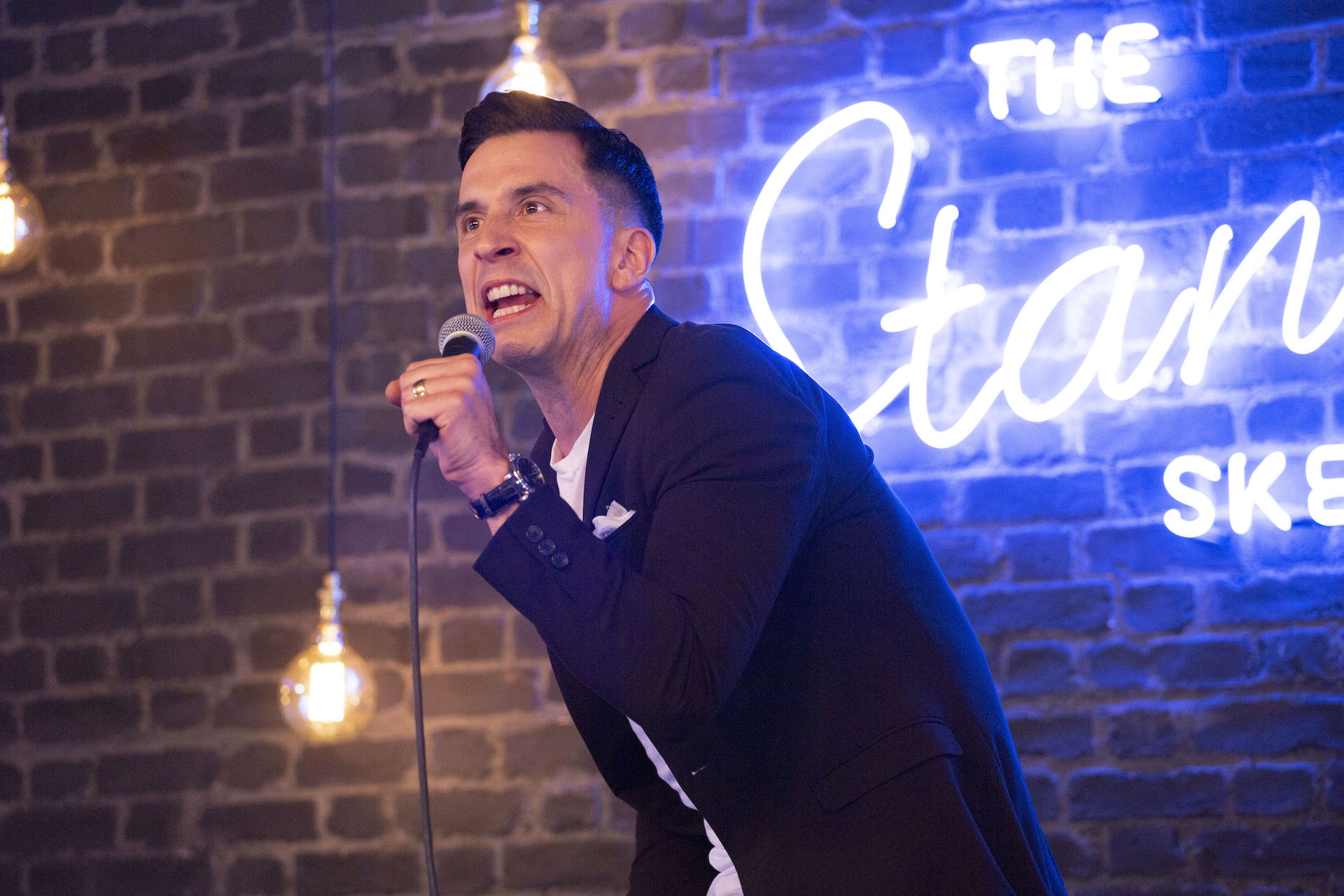 The Stand Up Sketch Show: Series 2

The Stand Up Sketch Show is a comedy show that combines both stand-up and sketch. From established stand-up routines by some of the nation’s best loved comedians, to brand new material from Britain’s most exciting up and coming talent. Comedians featured throughout the new run include; Judi Love, Kelly Convey, Seann Walsh, Matt Richardson, Adam Hess, Emmanuel Sonubi, Dane Baptiste, Luke McQueen, Lily Phillips and many more.

Each sketch begins with a comedian telling their story on stage in front of a live audience, before shifting into a surreal reconstruction of the material. Using some of the circuit’s funniest material, the reconstructions will feature visual jokes, supporting performances, ridiculous props and absolutely killer comedy.

In each of the sketches the comedian will play the role they were born to play…themselves. Any dialogue in the routines will be lip-synced by the comedians and comedy actors adding to the surreal tone of each scene.

A unique style was adopted for each of the sketches, which were shot in different locations. Joe ran the grade in Baselight 5 and worked closely with Matt Campion, Creative Director of Spirit Media to achieve the desired look for each sketch.

The online in Avid Symphony added various effects to elevate the impact of the dramatised parts of the series, in addition there was VFX required in some of the scenes, including a James Bond intro style scene in Dane Baptiste’s sketch.

The twist in the show was that the sketch scenes were recorded with the stand-up dialogue played out loud so that the comedians could mime along to their routine whilst acting in the sketches. To bring these scenes to life a heavy SFX tracklay was required to help enhance the drama as there was very little or no location audio. SFX and music were also used to help ‘land’ jokes.
This is particularly apparent in one sketch with Luke McQueen singing on stage and is inter cut with him singing in the sketch, the sketch has a specially composed instrumental track placed over the top of it giving a much bigger ‘polished’ feel to the performance.